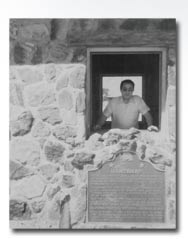 Mack Mayeda was born in Los Angeles, California, and grew up on strawberry farms in various areas of Los Angeles and Orange Counties. He graduated from Excelsior High School and then went to Japan to continue his studies while Japan was at war with China.

He was able to return to the United States before World War II was declared, only to be incarcerated at the concentration camp at Manzanar from 1942 to 1945 because of his Japanese ancestry. All who were incarcerated were uniquely affected.

This book is a compilation of his experiences and memories of the life he had behind the barbed wire fences at Manzanar.