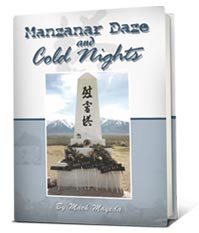 When the Japanese Imperial Navy dropped its first bomb on Pearl Harbor that fateful December 7th in 1941, Mack Mayeda, a Japanese-American bachelor living in California at the time, knew that everything was about to go down the drain sooner or later.

More than half a century later, he could still remember the day his life, as well as history, changed for good—if not for the better.